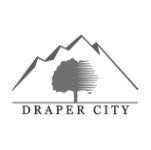 This facility has not yet been rated.

Trail within UTA railroad corridor from Draper City Park to Point of the Mountain Trail.

Porter Rockwell was the infamous but beloved bodyguard to pioneer leaders Joseph Smith & Brigham Young. He gained notoriety for his lawlessness – including an alleged assassination attempt on Missouri Governor Lilburn Boggs, who had ordered the violent and deadly eviction of all Mormons from his state. Rockwell’s murder wasn’t successful, but Boggs’s eviction attempt was. The pioneers continued west to the Salt Lake Valley.

Once settled here, Rockwell sometimes sought protection from his enemies in the fields behind the home of Draper blacksmith Lauritz Smith. Brigham Young had dined at the Smith home and commissioned “Sister Smith” to provide food for Rockwell whenever he was in the area. A child of the Smith family recounted the experience of taking a pot of stew to the pasture and leaving it on a regular basis, not knowing why or who it was for.

Sister Smith’s stew must have been a hit, because Porter Rockwell eventually became a Draper resident:

“On July 29, 1858, Rockwell counted out $500.00 in cash and purchased 16 acres of property…near the Point of the Mountain, on the road between Great Salt Lake City and Lehi.” Rockwell built the Traveler’s Rest Inn & Tavern near 15200 South 600 West, where “one could buy a glass of home-brewed beer, stable his horses, stay overnight, or just stop to pass the time.”