What is Ranked Choice Voting

Ranked Choice Voting (RCV) is a popular electoral system allowing voters to rank candidates by preference, meaning they can submit ballots that list not only their first-choice candidate for a position but also their second, third, and so on.

This process continues, with the lowest vote-getter being scratched from the list each time until one candidate earns a majority and is declared the winner. Ranked Choice Voting only requires a single round of voting: one ballot with multiple choices per voter. It is designed to ensure that the winner has support from a majority of participating voters.

The Utah Cities of Vineyard and Payson used Ranked Choice Voting in their 2019 elections. Here's a helpful demonstration of Vineyard, Utah’s RCV process and results: 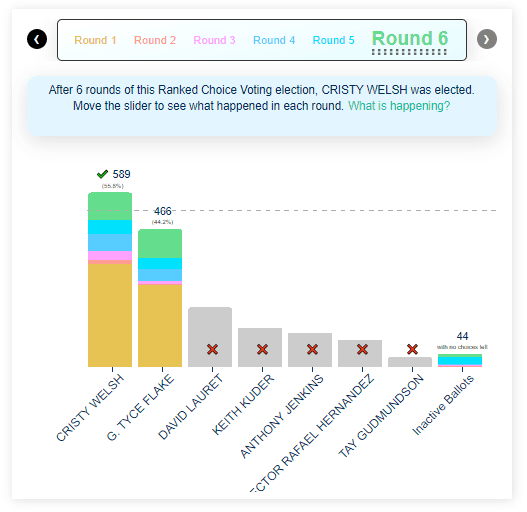 You may also visit their website here for an interactive look at this graph.