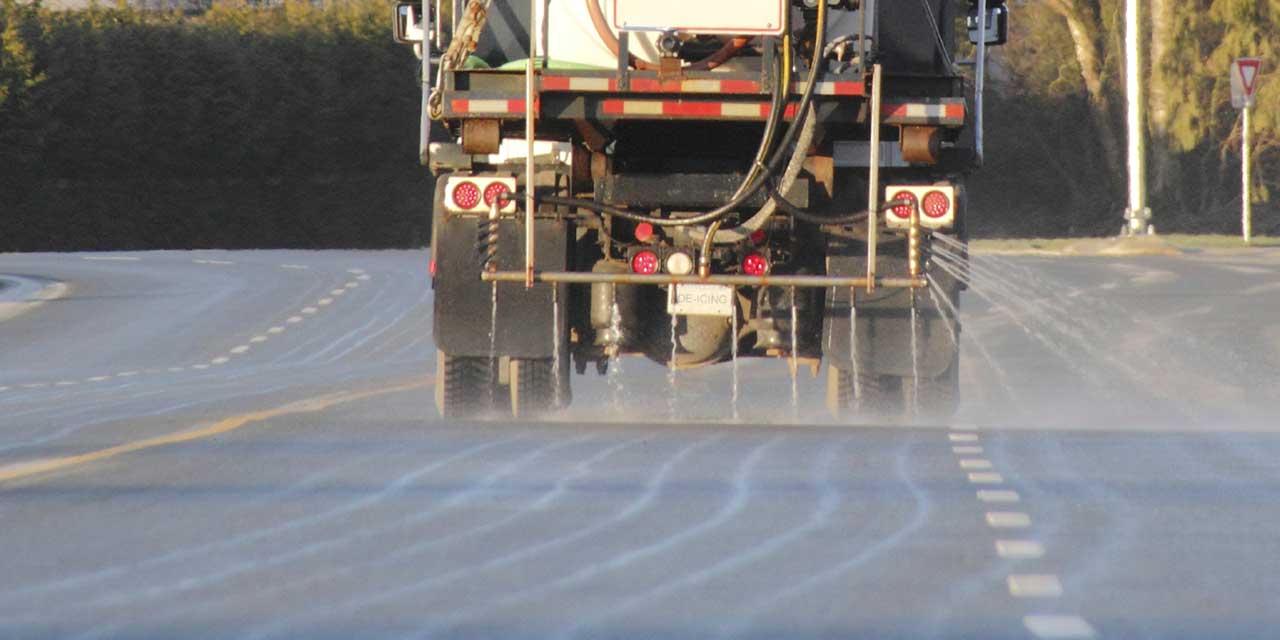 You may have noticed Draper City Public Works vehicles spreading liquid on the roads prior to a storm as part of the Salt Brine De-icing Program. Below are a list of FAQs about the process and materials used.

WHAT IS SALT BRINE?

• Salt brine is water saturated with sodium chloride, or more simply, rock salt dissolved in water.
• It is part of Draper City’s anti-icing program which takes a proactive approach to controlling snow and ice on Draper’s roadways.

WHEN IS SALT BRINE USED?

• Salt brine is applied by spraying it directly onto the pavement up 48 hours in advance of a winter storm.

• Pre-treating is a snow fighting strategy used in anticipation of winter road conditions.
• When applied before a winter storm, salt brine will begin working as soon as the first snowflake falls and will help delay the accumulation of snow and ice on the pavement.

WHY USE SALT BRINE?

• It is anticipated that pre-treating will save the City a great deal of money in material cost alone.
• It is very cost effective and allows Public Works crews to apply the material during normal working hours.
• The pre-treatment helps prevent the snow/ice from bonding to the pavement surface. As a result, the roads return to bare pavement much quicker once the storm has ended.

HOW IS SALT BRINE APPLIED TO THE ROAD WHEN PRE-TREATING?

• Crews use a specially modified truck to spray the brine on the roads.

WHAT SHOULD I DO WHEN FOLLOWING A TRUCK APPLYING SALT BRINE?

• The truck applying salt brine will usually be traveling less than the posted speed limit.
• Motorists should stay back at least 100 feet, preferably more, from the vehicle and give them plenty of room.